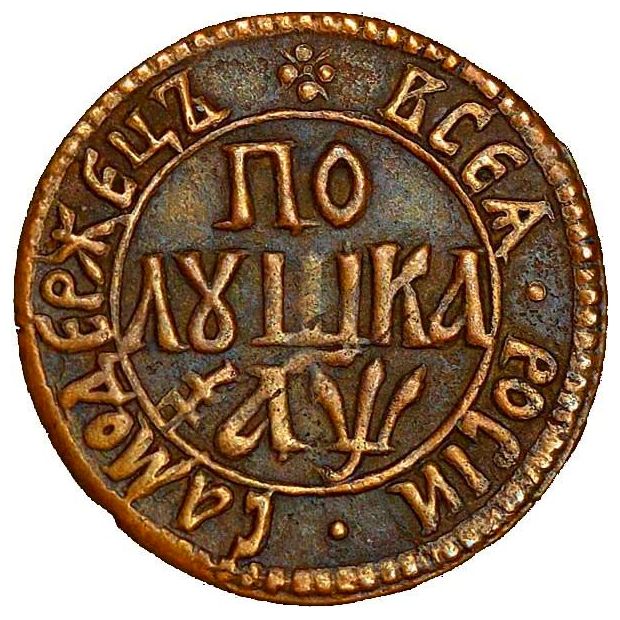 When Rebbe Nachman was living in Zlatipolia, a woman known for her kindness, in a nearby village fell deathly ill. None of the doctors were able to cure her and her condition worsened. It was suggested to her husband that he bring a pidyon to the Rebbe (a sum of money to effect a redemption on behalf of the giver). The man went with the pidyon to the Rebbe, who took the coin in his hand and rejected it because it was lacking in weight. The man tried with another coin, which the Rebbe rejected as well because of its weight. This happened several times until the man brought many coins and placed them all before the Rebbe. Rebbe Nachman sifted through the coins, weighing each one carefully. Finally he selected a coin and told the man he can go back home because his wife has completely recovered. When the man came home, they figured out that exactly at the time that the Rebbe told the man the good news, his wife came back to consciousness. She related that while she was dying, she saw herself in front of the heavenly court and they were weighing her good deeds against her sins. The verdict came back that she was sentenced to death, when a young man (that she described to look like the Rebbe, of whom she had never met) came into the court room and threw a coin on the scale to tip it in her favor. (Kochvei Ohr page 63)

In Torah 215, the Rebbe teaches that there are 24 different pidyonos, types of redemption, because in heaven there are 24 different courts. All judgments are executed through the sefira of malchus, which is associated with the Divine name אדני (Adonoy). That four-letter name has 24 possible permutations, paralleling the twenty four courts of judgment. A tzaddik must know to which court to bring the pidyon, lest it be presented to the wrong court and prove ineffective. But, of course, there is one trick. There is one pidyon that can mitigate the judgements of any court. Only one tzaddik in every generation knows this pidyon. Even so, the pidyon can still fail if it’s not invoked at a time of favor, such as Shabbos afternoon.

So what’s this all about? Why are the tzaddikim the ones to intervene for us? The Midrash (Sifrei Deuteronomy 13:18) says that “as long as there is idolatry in the world, there is Divine anger in the world”. The Talmud is replete with other sins that are likened to idolatry, such as haughtiness, immorality and dishonesty in business. In fact, as the Rebbe taught (Tinyana 62) in the name of the Baal Shem Tov, “וְסַרְתֶּם וַעֲבַדְתֶּם אֱלֹהִים אֲחֵרִים”, any ‘turning away’ from Hashem is an aspect of idolatry. The true tzaddikim, such as Moses, are the antithesis of idolatry. Meaning, their essence is to turn Jews back to Hashem, which Rebbe Nachman often calls ‘creating converts’. Moses’ entire life, and after-life, is about turning people back to Hashem. This is why he authorized the conversion of the Erev Rav when leaving Egypt and that’s why his father-in-law, a popular idol worshipper converted too. The Megaleh Amukos cites that the numerical value of חרון אף (Divine anger) is equal to the value of משה (Moses), 345. This is because Moses’ existence mitigates the Divine judgement. Another novel idea the Rebbe brings is that the numerical value of משה is 345, which is one more than the word שמ״ד, which means to abandon one’s religion and it’s also one less than the value of the word רצון (Divine favor). Symbolically, this means that Moses stands in between losing one’s religion (and losing favor in Hashem’s eyes) and turning back to Hashem, thereby finding favor in the  eyes of God. That’s what the great tzaddikim do. They stand in the way of Divine anger and mitigate judgements. We see this clearly in the Torah, when Moses requested to be erased from the Torah if Hashem were to destroy His people. And this is also the secret of why Moses is buried opposite of the idol Pe’or. Tosfos (Sotah 14a) teach that whenever the Jews are subject to harsh decrees because of their sin with that idol, Moses comes forward from his resting place, opposite the idol, and nullifies the decree. And when did Moses pass away? On Shabbos afternoon. Moses knew the one pidyon that can nullify the judgements of all the courts.

The Arizal teaches (Likutei Torah, P’ V’eschanan) that Moses is present in every generation. This means that in every generation there is a tzaddik who stands in the way of Divine anger and effects a redemption to mitigate judgements. But this also means that Moses’ influence is relevant in each generation. The true tzaddikim don’t die. Their bodies are buried but their souls live on with us in an even stronger way. And we need them, because we are a part of them, as the Midrash teaches (Shir Hashirim Rabbah 1:3) Moses was equal to all 600,000 souls. This was true with Moses and it’s true with today’s Moses too.

Of course, Rebbe Nachman too knew the special pidyon. Is it no wonder why more and more people flock to him every year to benefit from his redemptions? The Rebbe originally wanted to be buried in Israel, but later decided to be buried in Uman, among the 30,000 Jewish martyrs who were murdered there in 1768. They needed his fixing. He assured his followers that he would continue even after his death to sacrifice for them, as he lovingly said, “I want to remain among you”.