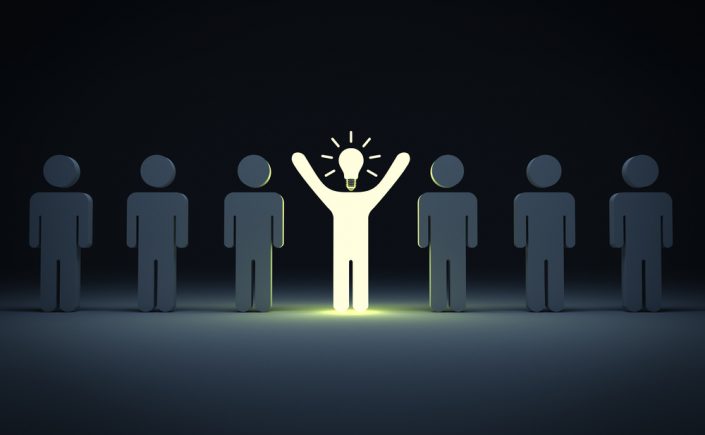 At least twice in my life I got super-inspired spiritually and strengthened my Avodas Hashem with intense focus. The first time was in my junior year of high school. I attended a modern-orthodox yeshiva and was feeling extremely unfulfilled. By the grace of God things turned around very quickly for me and I found myself in a Beis Medrash yeshiva, where I became enthralled with learning the Talmud day and night. It would not be an exaggeration to say that I went from lax mitzvah observance to strong mitzvah observance in a matter of a few weeks. A second time was more recently. My learning and prayers felt forced and one-dimensional. The void was consuming me. Again, Hashem led me to Uman for Rosh Hashana. After that experience in 2016, I felt totally reborn and passionately re-dedicated myself to my mitzvah observance.

The common denominator of those two stages in my life is that both times the enlightenment surfaced after reeling from a severe lack.

Having sort-of an extreme personality, I often experience acute highs and lows. In fact, some people who know me define me that way. “Davy’s being Davy again. What’s he up to now?”

After coming back from that first Rosh Hashana experience I was so intrigued, and determined to uncover what Breslov is all about. I hit the books full-force and jetted forward from that moment, connecting my mind and soul to the Rebbe’s, for (at least) a year without flinching. It was one of the greatest years of my life. But as Newton said, what goes up must come down. So I eventually came back down. But something about my descent changed. The low wasn’t that low. I also noticed that, while feeling low, I didn’t have a strong desire to shake things up, like I’ve done in the past. I was much more comfortable feeling low than ever before. It didn’t phase me as much, and eventually I got another burst of inspiration that helped me glide forward. This pattern repeated itself.

It’s likely that I’m simply more mature than I was in the past, and not willing to turn my life upside down from a mood slump. But I think it’s more than that. To tell you the truth, I think it’s because I consistently do hisbodedus. I take time every day to talk to Hashem in my own personal words. I like to think of it as manning-up. Every day, no matter what, I come clean, express myself and ask Hashem for help. I always have to show my face and I always talk real. Of course, just like anything else, some sessions are better than others but I’ve never had a day where I didn’t say at least a few real words. Maybe you’re the type of guy who can experience this relationship within the organized daily prayers at synagogue? Unfortunately for me, I can’t relate to Hashem in my own unique way often enough within that structure. (In fact, I find the structured prayers somewhat more fulfilling now that I pray outside of communal prayers, because the pressure of connecting creatively is off. If I can connect that day, then great, but if not, I understand that it’s service, similar to the service in the Temple. There are technicals and obligations I meet – many times happily – in the organized prayer, but it’s a different type of prayer entirely).

Consistent personal prayer is an equalizer. I’m always noticing new benefits to this practice. But one thing that I’m experiencing recently is the equilibrium that it brings. You can’t lose your sense of balance the same way when you have to show your face and explain yourself everyday. It kind of always brings you back to reality.