Hashem runs this world and all the higher worlds via the Ten Divine features, (sefiros). The last and final of these features is called Royalty (Malchus).

As you can see in the above chart, Malchus is the lowest of all the sefiros. This is because Malchus is the ultimate realization of the other sefiros. All the flow that emanates from the higher sefiros are experienced in Malchus.

One might envision Royalty to have a presumptuous character, as portrayed below in Western society, but this depiction couldn’t be further from the truth. 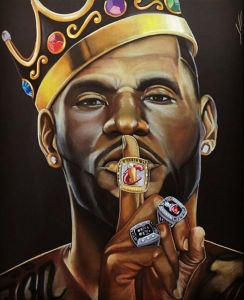 As discussed in an earlier blog, humility is the key feature of Royalty. In Torah 30 Rebbe Nachman teaches that the higher perceptions of Godliness (שכל עליון) need to be masked in the many filters of, what he calls, lower intellect (שכל תחתון). This lower intellect is an aspect of Malchus, because it’s the experience of the higher intellect. In order to understand this lower intellect, the student has to despise monetary gain (שונא בצע). (It must be pointed out here that in Torah 60 the Rebbe spoke of lofty Torah levels that are unattainable without wealth, so he clearly didn’t recommend not having money, or disposing of ones wealth). So why is hating monetary gain an aspect of Malchus?

The expression שונא בצע is one of the four attributes that Jethro listed when he advised Moses to choose men who will judge the people (Shemos 18:21). The Shadal explains that the root of the word בצע, which is translated as gain, always connotes dividing gain between two or more parties. We also find that breaking bread is called בציעת הפת, so the one who hates gain really hates to divide. This is why it’s a key ingredient of Malchus, because Malchus can’t be at all divided from Hashem. The Zohar says that just like the moon doesn’t have its own light, Malchus has nothing of its own (Zohar I 249a). It’s totally a receiver, without any of its own influence. To fully shine the light of the upper sefiros, the king has to be an empty vessel. If any part of the vessel is full, or divided for that matter, it can’t shine the light of the true king. (In fact, in this lesson the Rebbe teaches that Malchus needs to draw life-force from Or Hapanim, [a very lofty light that shines from Arich Anpin, which is outside the scope of this article]. But we clearly see that Malchus draws its life-force from somewhere else.)

King David embodied the attribute of Royalty. Of course he was a king, but his humility was astonishing. When the Prophet Shmuel shocked David’s family and anointed him to be the next King of Israel, the Midrash teaches that all of his family called out in song “Long live the king, long live the king”! Can you imagine the feeling of validation that David had after he was vilified by his family all his life as an illegitimate child? The verse says (Shmuel I 16:13) that after the anointing, Shmuel got up and went [back to his town] Ramah. What did David do then? The Midrash says that he went back to his sheep, with his stick and backpack! Not only that, but he took out his flute and composed a song (Psalms 131). Here are the words:

“A song of ascent by David: Hashem, my heart isn’t haughty and I didn’t lift up my eyes. I also didn’t pursue things that are greater than me”.

Could you believe the humility? This is the song that he sings to Hashem (who knows the truth) after “the stone that the builders rejected became the cornerstone”? But as we all know kingship radiates a certain splendor and the same can be said about someone who is truly humble. It’s a magnificent trait to possess.

One final thought on Malchus. In the last paragraph of the lesson, the Rebbe says something very deep. “From a person’s voice, his measure of Malchus is discernible”. In one of the most amazing moments in Jewish history, as the kingship was passing from Saul to David and Saul was trying to kill David to prevent him from usurping the kingdom, David had a chance to kill Saul but declined to do so, instead cutting off the corner of Saul’s robe. When Saul was at a safe distance, David called out to him and gave him great honor but rebuked him for chasing an innocent person. To show his innocence, David held up the ripped corner of Saul’s robe, proving his good intentions. The verse then says, “When David finished these words, Saul said ‘Is that your voice, David my son’? And Saul lifted up his voice and wept”. The Rebbe teaches that from hearing David’s voice, Saul recognized that David would be King. So he wanted to lift up his own voice and attain that measure of Malchus himself, but the sound that emerged was a sob.

Why is the voice an indicator of someone’s capacity for Malchus? I think it’s the same idea. The blessing we make on the Shofar is “to hear the voice of the Shofar”. We don’t bless the sound of the shofar, but its voice. This is because the sound of the shofar is totally unadulterated. It’s a pure sound straight from the belly of the blower. That’s what a voice is too. Every person’s voice is unique and indicative, on a deeper level, of who he is. Not necessarily his ability to sing on tune, but the essence of his voice. When hearing David’s voice, Saul recognized David’s oneness with Hashem and his humility. Here he was giving rebuke to the King of Israel, but it was in total humility, he had no ego in the moment.

When we yearn for Hashem’s kingship to spread across the world, we are hoping that every creature will know God’s humility. Namely, how He is the most powerful being, yet He makes Himself available to even the lowest creature alive. May we know it speedily in our days. Amen!

“Who is like you Hashem our God, who dwells in the highest places, yet lowers Himself to look to the heavens and the earth.” (Psalms 113:5-6)