“[Hashem says] I am always among you, and [I am] always ready to provide your necessities. But then you ask, ‘Is Hashem in our midst or not’? [I swear] by your life that the dog will come and bite you and you will cry out to Me. [Then] you will know where I am. This can be compared to a man who put his son on his shoulder and set out on the road. Whenever his son saw something, he would say, “Daddy, give me that,” and the father would always give it to him. Then they met a man and the son said to the man, “Do you know where my Daddy is?” The father answered his son, “[After all I’ve done for you] you don’t know where I am?” He threw his son down to the ground and a dog came and bit the son.” (Shemos Rabbah 26:2)

The above Medrash is an analogy of our relationship to Amalek (the dog). But as our Chassidic Masters explain, it’s because of Amalek that the child can’t find his father. Amalek’s bold battle with Israel in the desert wasn’t a punishment for questioning the existence of Divine providence, but rather when a person denies or even questions Divine providence, it’s a sign that he’s been smitten by Amalek, the power to deny God.

This isn’t an old story from the Bible. מִלְחָמָה לַיהוָה בַּעֲמָלֵק מִדֹּר דֹּר. Amalek’s war with God is in every generation. It’s happening to you and me right now. Rebbe Nachman says that when we see how we’re crying out and yet the exile keeps dragging on forever, we might  mistakenly feel that all our prayers are meaningless (Torah 2). Reb Nosson writes that this is Amalek’s weapon (Nachalos 4). Amalek wants us to give up hope. The cynicism and mockery of Amalek pervades the world today. All over social media and even in the purest of mouths we find despair and cynicism. Walk into a synagogue and see how Amalek has us in a headlock. The laziness and fatigue in how we pray…וְאַתָּה עָיֵף וְיָגֵעַ…is testament to our doubts in a God that hears our prayers. This is how Haman (a descendant of Amalek) slandered the Jews to Achashverosh. He said ‘their God is sleeping’ (Megilla 11b). Just like the deists of today who believe in a power that created the world some billion years ago, but deny any Divine providence.

So how do we save ourselves from this cynicism? How do we fight off despair?

By seeking out the Tzaddikim and following their advice we can instill in ourselves Emunah in Hashem and wholeheartedly believe in Divine providence. The Rebbe wrote often that we see this idea in the Torah, when Israel fought Amalek. Moses climbed a mountain and when he lifted his hands, Israel would overcome Amalek. The Torah says that ‘[Moses’] hands were faith’ (וַיְהִי יָדָיו אֱמוּנָה). The Targum translates this to mean that his hands were spread in prayer. Moses’ prayer inspired Israel to believe in Hashem, which is the weapon to defeat Amalek. We see this narrative in the Purim story too. Mordechai the Tzaddik and Esther made prayer rallies to defeat Haman. The tzaddikim infuse us with faith in a living, omnipresent, loyal and loving God. 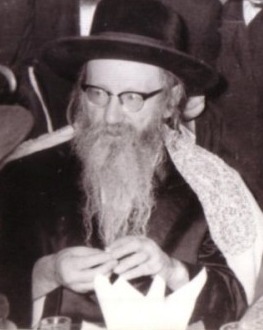 One thought on “No doubt”