Remember these images from the film Jaws? Oh the nightmares I had from that scary little flick! In case you never saw it, the last scene has the police chief trapped on the sinking boat. In his last effort to survive and save Amity Island’s beaches from the killing-machine-shark, he manages to stuff a pressurized scuba tank into the shark’s mouth, and, climbing the post, shoots the tank with a rifle. The resulting explosion obliterates the shark and they all live happily ever after (until the sequel of course)!

Rebbe Nachman’s description of the Tzaddik’s prayer in Tinyana 8 brings these frightening memories back into my mind.

Rabbe Shimon in Avos 2:3 warns us not to make our prayers routine, but rather an entreaty of ‘compassion and supplication’.  Although the mishna doesn’t discuss what happens when we pray monotonously and by rote, Rebbe Nachman does discuss it.

He teaches that when our prayers aren’t prayers of compassion, they’re prayers of judgement. Prayers of compassion can be answered even if we’re not worthy. But judgement-prayers can only be answered if we’re worthy. Since we’re not worthy, they get swallowed up by the side of evil. These prayers actually give life to the side of evil. (For more detail, see here).

This begs the obvious question: When we know we can’t pray compassionately, why pray at all? We know it won’t be answered and it will be swallowed up by the other side?

The solution, of course, is the Tzaddik’s prayer. In this lesson the Rebbe calls the tzaddik “a master of strength”. Although most of the time tzaddikim don’t choose to pray in their own merits (see first Rashi in Parshas Vaeschanan), they are capable of having their judgement prayers answered. King David sings in Psalms (106) “Pinchas stood up and judged”. The Talmud teaches from this verse that Pinchas prayed and argued with God to save His people. Now the other side also feeds on the judgment prayers of the Tzaddikim but it can’t swallow those prayers. The evil one chokes on it and ends up regurgitating all the previous prayers that it swallowed. But not only that, it also throws up it’s guts of holiness, which leads wayward Jews back to God and gentiles to convert.

As he typically does, Reb Nosson takes this concept to the next level (‘ברכת הריח ד).  (His words are so sweet that it’s worth seeing their translation here). He writes that not only is the Tzaddik a ‘master of strength’. But every single Jew, even the lowest of the low, can be his own master of strength and defeat his evil side. He just has to want it badly enough. Hashem isn’t trying to defeat us. We have the strength within us. We can do it with enough desire. So aim your rifle Officer Brody and fire! 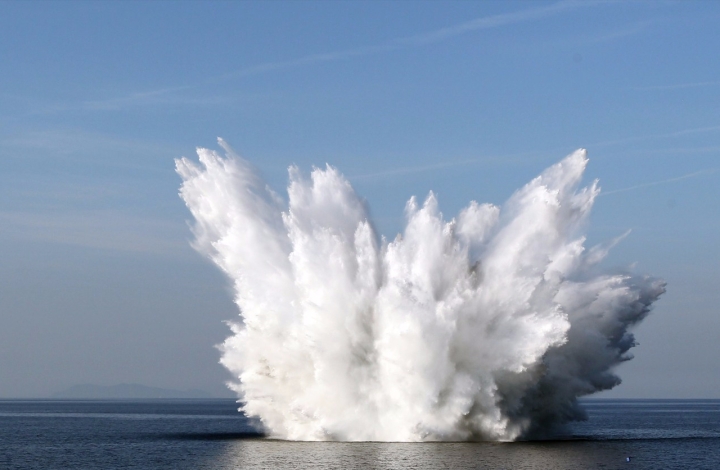 One thought on “Warning: Choking Hazard!”